The European Commission and Europa Nostra have revealed today the winners of the 2015 European Union Prize for Cultural Heritage / Europa Nostra Awards, considered Europe’s most prestigious prize in the heritage field. The 28 award winners, selected from 263 applications submitted by organisations and individuals from 29 countries, are honoured for outstanding achievements in four categories: 1) conservation, 2) research and digitization, 3) dedicated service to heritage, and 4) education, training and awareness-raising. 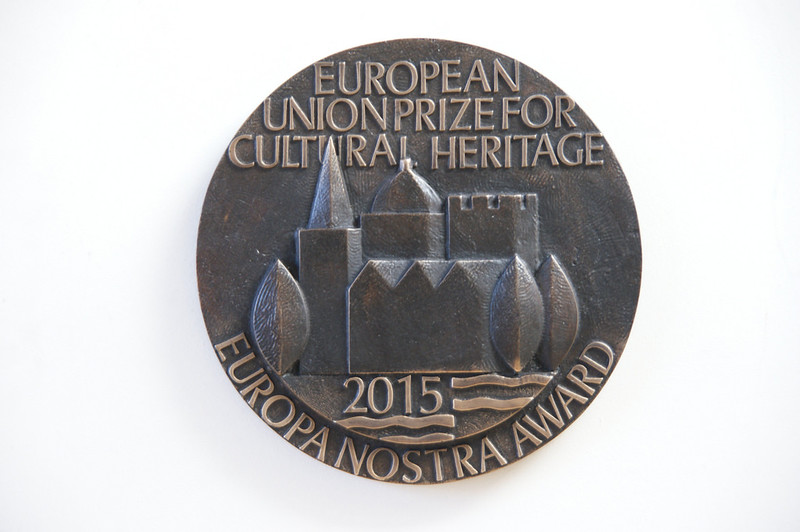 The European Heritage Awards Ceremony will take place on 11 June at the Oslo City Hall and will be co-hosted by Fabian Stang, Mayor of Oslo, Tibor Navracsics, European Commissioner for Education, Culture, Youth and Sport, and Plácido Domingo, the renowned opera singer and President of Europa Nostra. At the ceremony, seven of the selected winners will be named as Grand Prix laureates, receiving €10,000 each, and one will receive the Public Choice Award, chosen in an online poll conducted by Europa Nostra.

“Cultural heritage is one of Europe’s biggest assets. It brings countless cultural, economic, social and environmental benefits to all of us. I would like to congratulate the winners of the 2015 EU Prize for Cultural Heritage / Europa Nostra Awards, who are the perfect example of what dedicated and competent Europeans can do for heritage – but also for our European identity, contributing to a sense of belonging. We all need to keep working together to help communities and citizens take ownership of our heritage, make it part of our daily lives and preserve it for the generations to come,” said Commissioner Navracsics.

“This year’s winners are powerful examples of creativity and innovation at work for Europe’s cultural heritage. They also demonstrate that heritage matters to Europe and its citizens. We trust that, under the leadership of President Juncker and Commissioner Navracsics, the European Union’s strategy for an integrated approach to cultural heritage will be further developed and implemented,” added Plácido Domingo.