As an official partner of the European Commission’s New European Bauhaus initiative, which aims at imagining our collective future around the core values of sustainability, aesthetics and inclusiveness, Europa Nostra has committed to, among others, generating and mobilising knowledge and action together with our large network of professionals, students and volunteers from the wider heritage ecosystem.

In this view, Europa Nostra has set up its New European Bauhaus Taskforce, whose highly qualified and deeply motivated members from various fields provide expertise and guidance to help shape Europa Nostra’s contribution to the NEB movement. 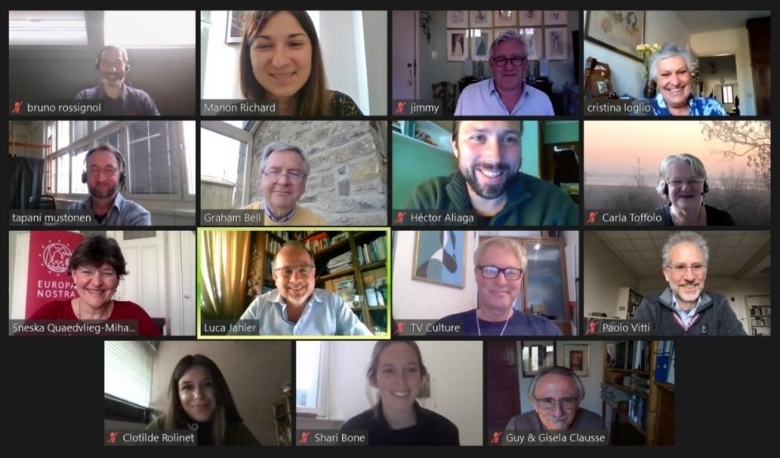 Ahead of the first high-level New European Bauhaus Conference organised by the European Commission on 22-23 April, and in which Europa Nostra participates as co-facilitator of a workshop on “Rediscovering the Sense of a Place”, Europa Nostra’s Taskforce issued a Partner Contribution. This document reflects the views expressed in the first virtual meeting of the Taskforce, as well as the exchanges held with Europa Nostra’s governing bodies (Board and Council) and the European Heritage Alliance, in April 2021. The paper was also shared on the New European Bauhaus website as a contribution to the ongoing co-design phase of the initiative.

As expressed in an initial Statement issued in December 2020, the Contribution recalls the strategic importance of duly incorporating cultural heritage as an integral part of the initiative as demonstrated by the overwhelming presence of heritage sites in all European cities, villages and landscapes, making it not only a strong component of our current living and working places but an inspiration for (re)discovery and shaping our common future.

The document particularly emphasises the importance of the grassroots approach, duly involving the voice of civil society and communities during and beyond the design phase of the New European Bauhaus. Members of the Taskforce also stressed the need to establish a stronger connection with the Conference on the Future of Europe, as the initiative contributes to the designing of the future of Europe’s society and way of life.

Finally, Europa Nostra reiterates its strong commitment to putting the diversity and creativity of its skills and networks at the disposal of the New European Bauhaus as a movement that inspires and irrigates all EU policies, in tune with the environmental, social and societal implications of the European Green Deal.