During the meetings of the main bodies of Europa Nostra held in Madrid on 22-26 May 2016, various (re)appointments were made by the Council, the General Assembly and the Scientific Council.

On the afternoon of 23 May at Espacio Bertelsmann, important decisions were taken by the Council, including the appointment of the new Treasurer of Europa Nostra, Huub Doek (the Netherlands) as a successor to Truze Lodder (the Netherlands), Treasurer since June 2013. While Androulla Vassiliou, former European Commissioner for Culture (Cyprus), was appointed as new Vice-President, four Vice-Presidents were reappointed: Costa Carras (Greece), Federico Guasti (Italy), Alexander zu Sayn-Wittgenstein-Sayn (Germany) and Irina Subotic (Serbia). In addition to the reappointment of Piet Jaspaert (Belgium) as a Board Member, four new Board members were appointed: Guy Clausse, former Dean of the European Investment Bank Institute (Luxembourg), Aleco Kairis (Greece), Simone Mizzi (Malta) and Professor Hermann Parzinger (Germany). 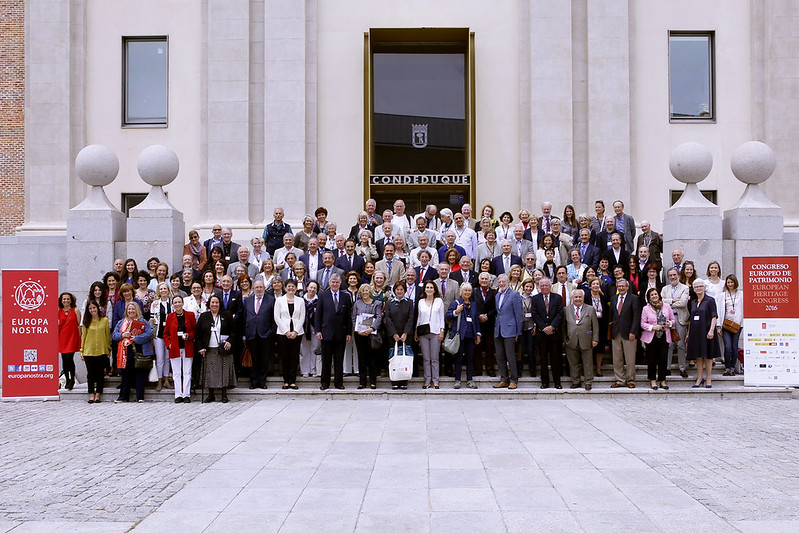 Álvaro Fernández-Villaverde y Silva, Marqués de Santa Cruz (Spain), retired from the functions of Board Member and Vice-President of Europa Nostra at the Madrid Congress. During the European Heritage Awards Ceremony, which took place on the evening of 24 May at the Zarzuela Theater, Álvaro Fernández-Villaverde received a Medal of Honour, the highest distinction conferred by the organisation, from Europa Nostra’s President Plácido Domingo, in recognition of the 30 years of his visionary leadership, generous dedication and tireless efforts in promoting Europa Nostra’s mission and raising the profile of the organisation.

The General Assembly also decided to appoint Professor Simon Molesworth(Australia), former President of the International National Trusts Organisation (INTO), as Honorary Life Member in recognition of his personal commitment to building a fruitful partnership between INTO and Europa Nostra; and his dedicated contribution to the Europa Nostra Congresses held in Istanbul, Amsterdam, Lisbon and Athens, and also to The 7 Most Endangered programme.

On 22 May, the Scientific Council met at the headquarters of Hispania Nostra for its internal session. Professor Işık Aydemir (Turkey) was reappointed as its President with a renewable mandate of three years, just as Dr. Arch. Ioanna Steriotou (Greece) as Vice-president and Arch. Patrizia Valle (Italy) as a member.