A branch of the Europa Nostra network – the Europa Nostra Heritage Hub – will be established in Kraków, as the first outpost of this pan-European federation, the headquarters of which are based in The Hague while its European Liaison Office is based in Brussels. On 9 May – Europe Day, the letter of intent establishing the Europa Nostra Heritage Hub in Kraków was signed by the Mayor of Kraków, Jacek Majchrowski, and prof. Hermann Parzinger, Executive President of Europa Nostra. The role of the future Heritage Hub is to develop and strengthen the activities of the federation in this part of the continent, to involve civil society organisations in the protection of Europe’s heritage, as well as to strengthen the role of Kraków as a leading European centre creating and implementing best practices in the area of ​​heritage preservation and in the implementation of the UNESCO Convention. 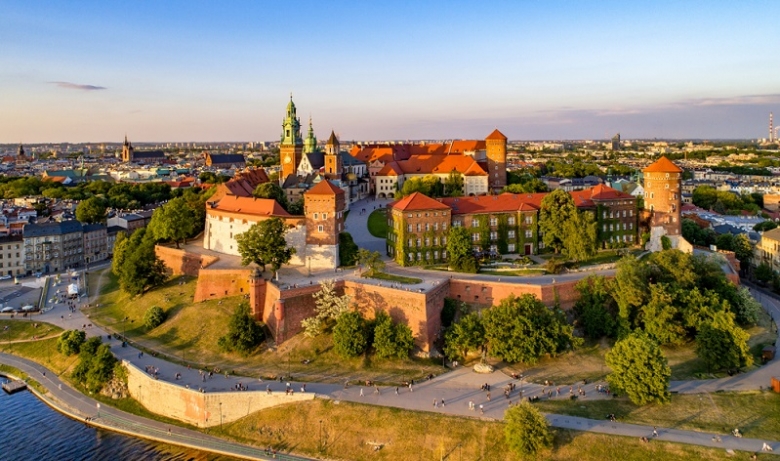 “Kraków is the first European city put on the UNESCO World Heritage List. This is a huge commitment to protect one’s own cultural and natural heritage, but also to engage in the protection of the heritage of all kinds, especially nowadays, marked by armed conflicts, climate change and economic crisis,” said Jacek Majchrowski, Mayor of the City of Kraków. “On 9 May 1950, the first step was taken in the creation of what we know today as the European Union. It is hard to find a better time than Europe Day to communicate the establishment of the Europa Nostra Hub in Kraków and to emphasise how fundamental the voice of civil society is in caring for our common European heritage,” he added. 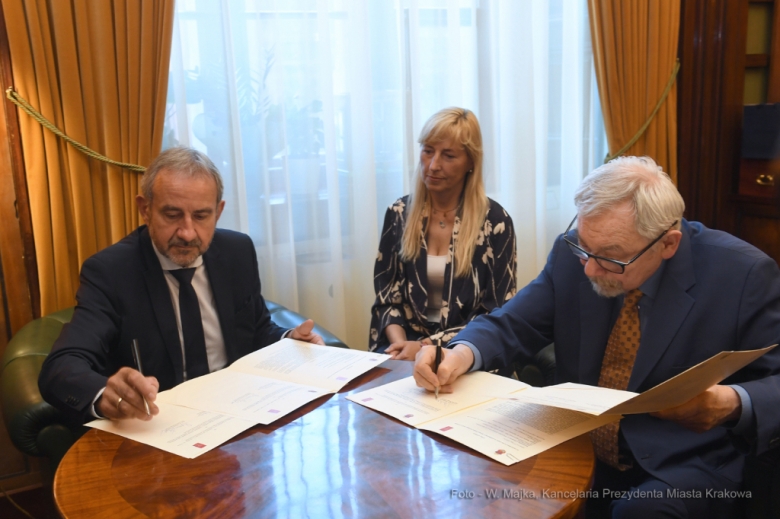 Our Executive President and the Mayor of Kraków signing the letter of intent establishing the Europa Nostra Heritage Hub in Kraków. © W. Majka

The establishment of the Hub was announced to the public during a special meeting between Europa Nostra, represented by prof. Hermann Parzinger, Executive President, and Sneška Quaedvlieg-Mihailović, Secretary General, and the City of Kraków, represented by Mayor Jacek Majchrowski. This is the first step of a priority of Europa Nostra’s Strategic Plan: Horizon 2025, which defines the key role of cities and sets the direction for regional leaders in Europe’s heritage hubs as a catalyst for positive change based on sustainable development, social cohesion and climate action. In line with this ambition, Europa Nostra has also announced the creation of a second Heritage Hub covering the Balkans and Eastern Mediterranean region to be launched in Athens.

“Europa Nostra appreciates the European vision and the decision of President Jacek Majchrowski to establish in Kraków the first Europa Nostra Heritage Hub in Europe. We are sure this Hub will lead to greater synergies between public and non-governmental actors in Poland and in the wider region of Central and Eastern Europe for the benefit of our shared cultural heritage. It is also very symbolic that the launch of this Hub takes place in the year when we celebrate the 50th anniversary of the World Heritage Convention,” stated prof. Hermann Parzinger, Executive President of Europa Nostra. 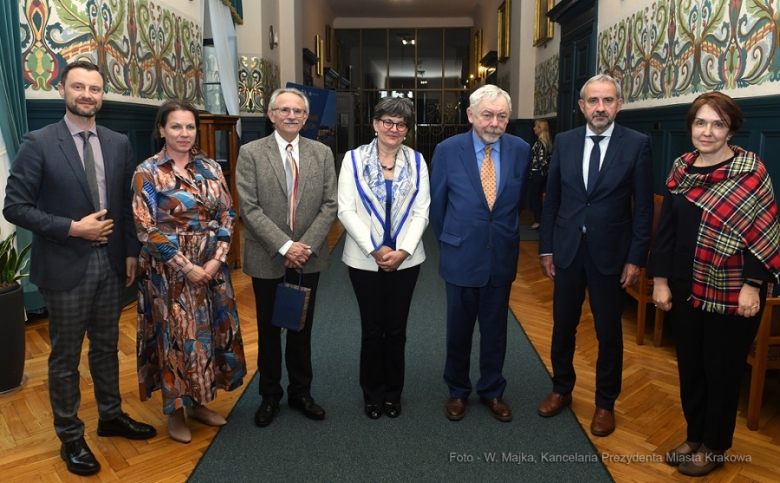 Representatives of Europa Nostra, City of Krakow and ICC after the announcement of the Hub. © W. Majka

The Europa Nostra Heritage Hub in Kraków: the result and continuation of a long-standing partnership

The establishment of the Hub would have not been possible without the involvement of the International Cultural Centre in Kraków (ICC), an Associate Organisation of Europa Nostra. The founder and longtime director of the ICC, prof. Jacek Purchla, is Vice-president of Europa Nostra. For over 30 years of cooperation between the ICC and Europa Nostra, various projects have been implemented, including the ground-breaking research “Cultural Heritage Counts for Europe” (2015). The advocacy for a stronger role of civil society in the safeguard of World and Europe’s heritage was particularly vocal during the 40th Session of the World Heritage Committee in Kraków in 2017, chaired by prof. Purchla, or during the celebration of the European Year of Cultural Heritage in 2018. On May 8-10 2022, the meetings of the Europa Nostra Council and of the European Heritage Awards Jury take place at the ICC headquarters.

“Europa Nostra organised its first big annual meeting in Kraków in 1995. Since then, we have admired the wide range of activities carried out by the ICC and have benefited enormously from many of its achievements”, said Sneška Quaedvlieg-Mihailović, Secretary General of Europa Nostra.

“Membership in Europa Nostra and undertaking joint projects are strategically important parts of the ICC’s activities. Thanks to this partnership, the voice of Poland and, more broadly, Central Europe may resonate in European discussions on the role and importance of cultural heritage, which is absolutely crucial in the context of Russia’s aggression against independent Ukraine,” emphasised Agata Wąsowska-Pawlik, Director of the ICC.

Kraków is the first European historical city that was inscribed on the UNESCO World Heritage List in 1978. President Jacek Majchrowski currently holds the presidency of the Organization of World Heritage Cities. The city is a member of over a dozen prestigious organisations dealing with the care and management of heritage, including the League of Historic Cities, the ICOMOS International Council on Monuments and Sites and the UNESCO Creative Cities Network.

The tasks of Europa Nostra Heritage Hub in Kraków will include strengthening the voice of local stakeholders in the wider European heritage ecosystem, attracting local, national and European partners, strengthening the work of Europa Nostra in Central and Eastern Europe, and ensuring maximum visibility of Kraków as a leading heritage city. The city of Kraków committed to co-finance the work of the Hub for a period of 3 years and will announce a public tender to select a non-governmental organisation to be entrusted with the task of managing and development of the Hub, in close collaboration with the Europa Nostra headquarters in The Hague and its European office in Brussels. 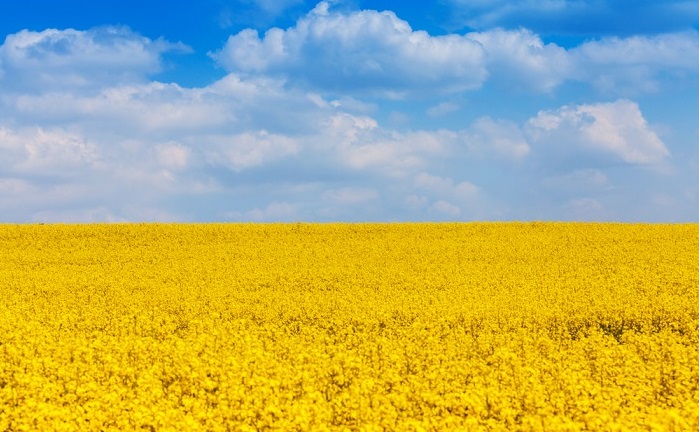 Solidarity with the defenders of cultural heritage in Ukraine

During their meeting held on 9 May, the representatives of Europa Nostra and the City of Kraków referred to the serious damage and ongoing threat to cultural heritage sites caused by the war in Ukraine. From the beginning of the Russian invasion, the Kraków authorities were actively involved in helping to protect monuments, organising and coordinating transports with materials securing the cultural heritage of Lviv, Kyiv, Kharkiv and Odessa, appealing to international organisations, organising collections, and cooperating in this area with the OWHC. In this context, it is also necessary to emphasise the important voice of Kraków, as the first European city on the UNESCO List, alongside other international voices, such as Europa Nostra, regarding the postponement of the 45th Session of the World Heritage Committee, which was supposed to take place in June 2022 in Kazan, under the chairmanship of Russia.

“On behalf of many heritage professionals and defenders from Ukraine, I wish to thank our colleagues and friends in Kraków and other parts of Poland, but also all over Europe and beyond, for their impressive mobilisation in support of the endangered cultural heritage of Ukraine. We are also grateful for the crowdfunding campaign jointly run by Europa Nostra and the Global Heritage Fund, which has also received the matching support of ALIPH (International alliance for the protection of heritage in conflict areas), which will lead to the launch on 18 May – International Museum Day, of a symbolic “Heritage Solidarity Fellowship for Ukraine”. This wonderful initiative will provide the much-needed support to heritage professionals who are currently facing hardship in Ukraine. I am glad that it will be implemented in partnership with the Heritage Emergency Response Initiative (HERI) based in Lviv,” stated Natalia Moussienko, member of the Europa Nostra Council who came from Kiyv for the meeting in Kraków.

Europa Nostra representatives emphasise that the Hub that is being built in Kraków will play a key role in supporting the protection of Europe’s cultural heritage in Ukraine – both during the war and during the future reconstruction of the country. “We strongly condemn the ongoing deliberate destruction by Russia of important cultural heritage sites in Ukraine, which is a clear violation of international law. We therefore jointly launch a strong appeal to the European Union, UNESCO and other European and International organisations, public and private: let us join our voices and forces to put an end to this human and cultural tragedy,” concluded the Mayor of Kraków, Jacek Majchrowski, and prof. Hermann Parzinger, Executive President of Europa Nostra.