Berlin, 22 June 2018 – The winners of the 2018 EU Prize for Cultural Heritage / Europa Nostra Awards, Europe’s top honour in the field, were celebrated this evening during a high-profile awards ceremony in Berlin, in the presence of the Federal President of Germany Frank-Walter Steinmeier. Maestro Plácido Domingo, President of Europa Nostra, the leading European heritage network, and Tibor Navracsics, European Commissioner for Education, Culture, Youth and Sport, co-hosted the European Heritage Awards Ceremony. They announced and presented the 7 Grand Prix laureates, chosen from among this year’s 29 winning achievements. The Ceremony is among the highlights of the first ever European Cultural Heritage Summit, one of the key European events of the European Year of Cultural Heritage 2018, which is taking place in Berlin from 18-24 June.

The 7 Grand Prix laureates, selected by a jury of experts and entitled to receive €10,000 each, are: 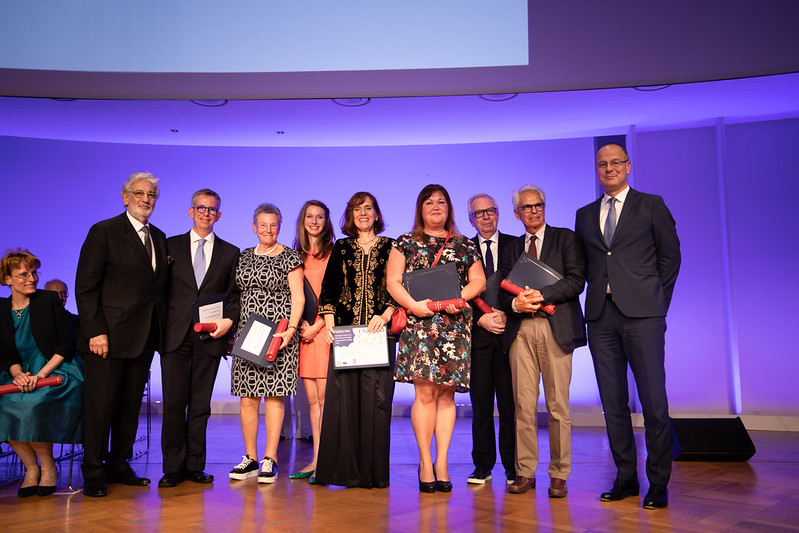 The Public Choice Award went to the rehabilitation of the Botanical Garden of the National Palace of Queluz, Sintra, Portugal. Some 6,500 people voted for their favourite heritage achievements in Europe via an online poll conducted by Europa Nostra. 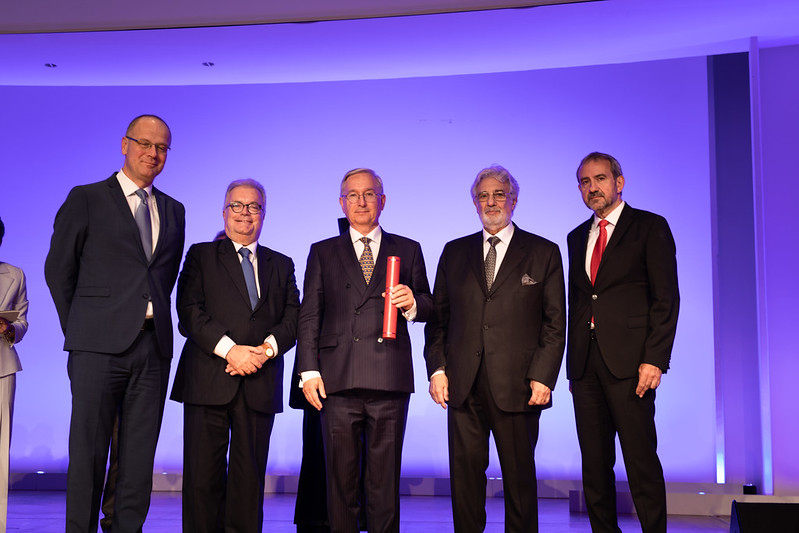 During the Ceremony, the EU Prize for Cultural Heritage / Europa Nostra Awards 2018 were presented to 29 winners from 17 countries taking part in the EU’s Creative Europe programme. In addition, a remarkable heritage achievement from Turkey, a European country not participating in that programme, also received a Europa Nostra Award.

Plácido Domingo, the renowned opera singer and President of Europa Nostra, stated: “It has been an enormous joy and privilege to meet our Award winners in Berlin and to celebrate their achievements together with so many Europeans dedicated to culture and cultural heritage. I warmly congratulate all the winners, particularly the Grand Prix laureates and the Public Choice Award winner. They are superb examples of organisations and individuals who care and work to safeguard our shared heritage.”

The President of Europa Nostra added: “The first ever European Cultural Heritage Summit in Berlin has brought together heritage champions, networks and experts; artists and journalists; high-ranking decision-makers acting at local, regional, national and European level as well as many civil society organisations and citizens. Our Summit has been a unique occasion to demonstrate our firm readiness to join forces to build a future Europe based on and inspired by the beauty and variety of our shared heritage and shared values.”

Tibor Navracsics, European Commissioner for Education, Culture, Youth and Sport, said: “I congratulate all the winners of the European Union Prize for Cultural Heritage / Europa Nostra Awards 2018 for their remarkable achievements. In showcasing and promoting cultural heritage in all its different forms, they will be a source of inspiration for others and help to build bridges between people from different backgrounds. This is what the European Year of Cultural Heritage is all about, and that is why this year’s ceremony is especially important. At the conclusion of the European Year, the Commission will present an Action Plan for Cultural Heritage to ensure that our shared commitment to preserving cultural heritage remains a top priority on the European Union’s political agenda.”

The Awards Ceremony was attended by some 1,000 people, ranging from high-level officials from EU Institutions and Member States to leading representatives of heritage organisations from all over Europe.

PHOTOS OF THE CEREMONY

Dr. Barner’s Sanatorium, Braunlage/Harz, GERMANY
Dr. Barner’s Sanatorium is a unique example of the German reform movement of the early 20th century. The project to restore the Sanatorium was carried out by David Chipperfield Architects in partnership with the Monument Authority of Lower Saxony and the University of Applied Sciences and Arts in Hildesheim. The Awards’ Jury appreciated that “the Sanatorium is still in use as an institution and that the new additions are suitable for contemporary use and compatible with the original fabric”. The project received state funding as well as a grant from the European Regional Development Fund.

Byzantine Church of Hagia Kyriaki, Naxos, GREECE
Hagia Kyriaki is a Byzantine church with a unique series of wall paintings dating to the 8th or 9th century, during one of the two periods of Iconoclasm. The church is located in a secluded rural area and was neglected for years. “This is a sensitive and respectful conservation of a structure and its wall paintings which are linked to an important period in European thought,” stated the Jury. The source of funding was private donations either through the Swiss initiative, the Association Hagia Kyriaki, or through the Greek organisation Elliniki Etairia.

The Bač Fortress, Bač, SERBIA
The Bač Fortress began construction in the 14th-century with additions made in the 15th- and 16th-centuries. This listed national monument has been restored, its archaeological remains preserved and its interior transformed into a visitor centre and exhibition space. “This project is an exceptional example of heritage preservation based on interdisciplinary collaboration,” noted the Jury. The project was carried out by the Provincial Institute for the Protection of Cultural Monuments – Petrovaradin, and received financial support from regional, national and international sources including EU funding.

EPICO: European Protocol in Preventive Conservation, coordinated in Versailles, FRANCE
Five institutions based in France, Italy and Poland came together to share their resources and establish a simple and flexible method to effectively conserve the heritage of Europe’s historic houses. These institutions are the Château de Versailles and its Research Centre, the Network of European Royal Residences (ARRE), the Foundation Centre of Conservation-Restoration “La Venaria Reale” in Turin and the Museum of King Jan III’s Palace at Wilanow in Warsaw. The Jury commended this project for its “holistic approach to conservation across three relevant areas: the monument, the décor and the collection”.

Mrs. Tone Sinding Steinsvik, NORWAY
The Norwegian Museum Director and Co-Founder Tone Sinding Steinsvik – together with her late husband Kjell Rasmus Steinsvik – has saved, restored, rebuilt and successfully promoted the well-known and much visited Blaafarveværket industrial complex in Buskerud. “Mrs Steinsvik, together with her late husband, has saved, developed and opened to the public a large area containing cobalt mines, worker’s quarters, the manor house and other facilities of the cobalt mine industry. She has dedicated 50 years of her life to the work, which enjoys popular support”, said the Jury.

Private Water Owners of Argual and Tazacorte, Canary Islands, SPAIN
The Heredamiento de las Haciendas of Argual and Tazacorte is a group of private water owners in the Canary Islands. Following over 500 years of inheritance, the water and landscape are now managed by 1,540 shareholders who work on a non-profit basis. The water, mountains, land and irrigation channels of the Caldera de Taburiente belong to this community. The Jury commended the Heredamiento de las Haciendas of Argual and Tazacorte for its “historical management of water for more than five centuries and for the present preservation and use of water for agriculture through a private organisation”.

Culture Leap: Educational Programme, FINLAND
The Culture Leap project has significantly increased the amount of Cultural Education Plans in Finland, a public programme for schools which ensures that all children and young people get the chance to experience their cultural heritage. The elaborate project produced an online tool that enables municipalities to independently prepare a Plan based on their local and regional heritage. The tool is freely available to all, and it exists in Finnish, Swedish and English. “This project offers a relatively low-cost but high impact framework that is applicable across Europe for educational planning which has cultural values at its heart”, affirmed the Jury.