As an introduction to the Newsletter dispatched on 15 October 2021

Europa Nostra hosted a very special European Cultural Heritage Summit 2021 from 21 to 24 September in Venice – the first and largest physical event of its kind since the outbreak of the COVID-19 pandemic. It received the support of the European Union and was held under the patronage of the European Parliament, the Slovenian Presidency of the Council of the EU and the Italian Ministry of Culture. The Summit was a contribution to the New European Bauhaus, of which Europa Nostra is a civil society partner. It also coincided with and was a contribution to the Conference on the Future of Europe and the European Climate Pact. 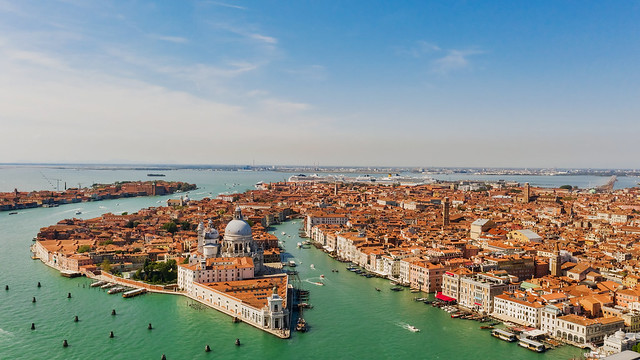 Some 10 events were organised by Europa Nostra and our European, Italian and Venice-based partners – from the “Ringing the Bells for Peace and Heritage” initiative undertaken on the International Day of Peace to a high-level debate on Baukultur organised in partnership with the Swiss Federal Office of Culture; from an inspiring European Heritage Awards Ceremony, with a special video message from Mariya Gabriel, European Commissioner for Innovation, Research, Culture, Education and Youth, to a thought-provoking European Heritage Policy Agora, with the participation of high-profile political representatives, including the President of the European Parliament David Sassoli (via video message), the Vice-Presidents of the European Commission Margaritis Schinas (live online) and Dubravka Šuica, the Slovenian Minister of Culture and Acting Chair of the EU Council of Ministers Vasko Simoniti, and the Italian Minister of Culture Dario Franceschini.

At the concluding event of the Summit, we launched the Venice Call to Action “For a New European Renaissance” as a strong plea to leaders at all levels of governance as well as heritage stakeholders to duly integrate culture and cultural heritage in their ongoing and future priorities. The Venice Call to Action contains 12 concrete and actionable proposals, as a direct contribution by Europa Nostra and its network, to realise this ambition. As part of the follow-up to the Summit, Europa Nostra will convey the Venice Call to Action individually to European leaders and institutions, and widely disseminate it among heritage stakeholders in Europe and beyond.

Our Venice Summit was a summit of togetherness and hope. At a moment when Europe’s countries, cities and regions are getting back on their feet and working for their recovery, we are convinced that a new vision for Europe – a new  Renaissance – should be grounded on our regained sense of belonging and on our shared cultural heritage and values.

Our Summit was also a wake-up call.  Venice and its Lagoon encapsulate many of the challenges that our continent is confronted with: from the perilous battle with climate change to the urgent need for more sustainable and respectful development models. This is why, on the symbolic occasion of Venice’s 1600th anniversary, we brought together cultural heritage, civic, academic and economic voices to reflect on the future of Venice and its Lagoon during the event “Saving Endangered Venice & its Lagoon: How to Build Back Better?”.

We are proud of Europa Nostra’s catalytic role for the fruitful dialogue between so many different voices from Venice, Europe and beyond during our Summit.  We are also grateful to our members and partners for their support in making this gathering possible. Due to the safety precautions against COVID-19, the hybrid European Cultural Heritage Summit 2021 was held for some 220 attendees, but was followed live by hundreds of heritage professionals, volunteers, lovers and supporters from across Europe and the world.

We are very much looking forward to capitalising on the momentum, constructive ideas and extraordinary energy spurred by our Venice Summit  and we count on our members, partners and supporters to make this possible. We are convinced that only by joining forces can we build a better future for Our Europe.

To end, we are delighted to share with you the news that our next European Cultural Heritage Summit will take place in the  autumn of 2022 in Prague, during the Czech Presidency of the Council of the European Union. After Berlin (2018), Paris (2019) and Venice (2021), we eagerly await the next high-level European heritage “rendez-vous” in the heart of Europe, in the World Heritage City of Prague. In the coming period we shall further  strengthen our advocacy role to place our shared cultural heritage where it belongs – at the very heart of the entire European project.